In most virtual spaces, a video screen forms a separation between our physical environment and the virtual space it displays. Our immersive art installation, commissioned by New York’s Experimental Media and Performing Arts Center, redefines the concepts of presence, representation, and identity – bringing these two realities closer together in a third, intermediate space.

For They Watch, our team put our years of R&D in our proprietary CANVAS interactive media server and game engine technology into creating a 360° immersive environment in which the observer becomes the observed.

As visitors explore the immersive installation, their movements are tracked by a virtual camera, activating two virtual characters who appear in several duplicates on the 15-meter-wide panoramic screen. The virtual characters surround the visitors, following, approaching and retreating in an entirely spontaneous and unscripted manner in response to the visitors’ behaviour. The installation’s visual and sonic compositions are uniquely influenced by the visit, creating a hybrid space where the co-dependent physical and simulated spaces blur the lines between real and imagined. 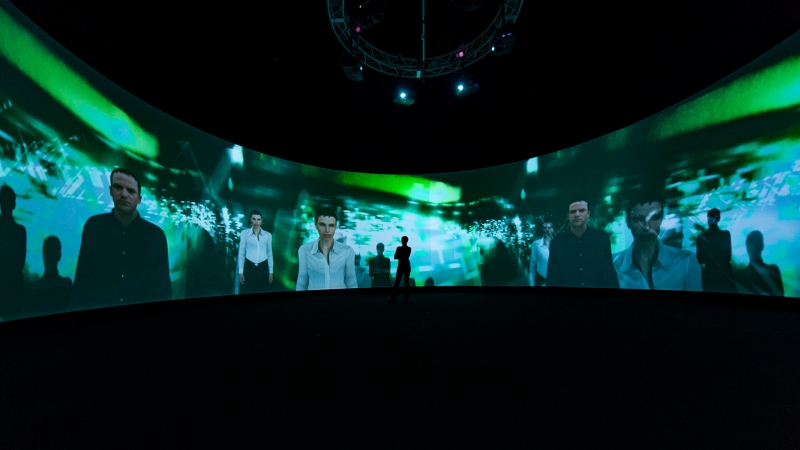 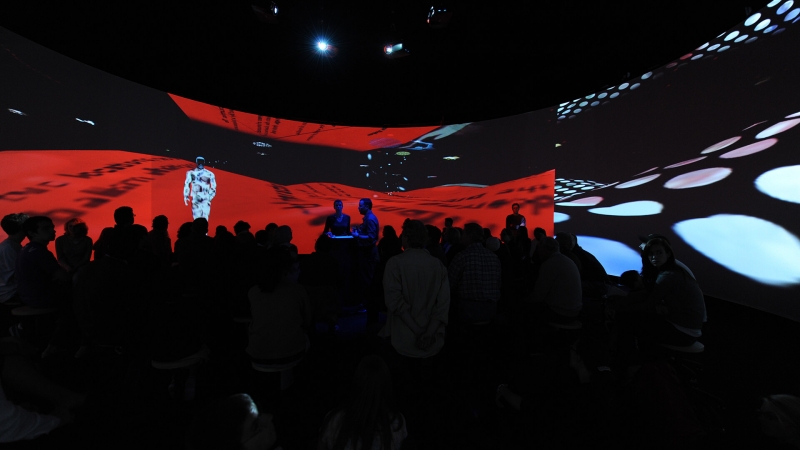 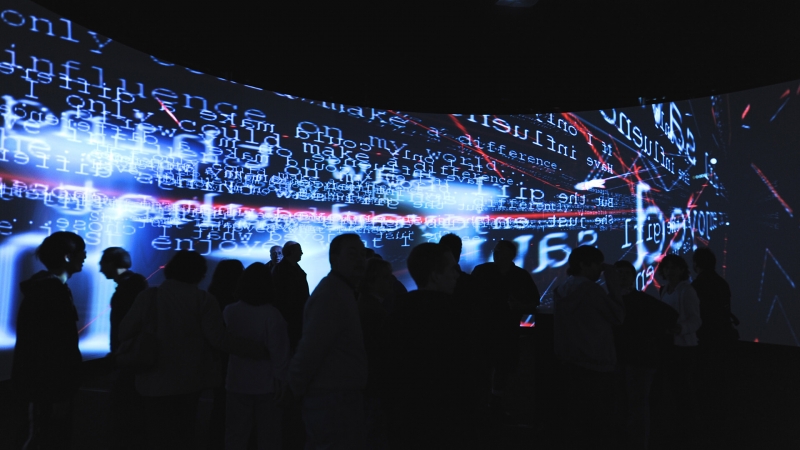